18 Reasons Why We Can't Even - When It Comes to Summer in Western Washington, Anyway

That's right – in the sweet spot between June and September, the region's famous rains are nearly nowhere to be found – unless you go looking for them. (And sometimes not even then.) Throw in relatively low humidity and you've got yourself some of the continent's best weather between Memorial Day and Labor Day. The West is fairly amazing, generally speaking, but the vast majority of Washington's population lives extremely close to an appealing body of water. Unlike in California, you don't necessarily have to pay a premium – it's just there. Enjoy. And, unlike in the Portland area, where you'll find more than half of Oregon's population, you don't have to drive an hour or more to get somewhere that isn't a muddy river. At your finger tips in Western Washington: Fjords, inlets, sounds, seas, lakes, crystal-clear streams and bays. (Above is Crescent Lake, in Olympic National Park. It's some of the best summer swimming you'll ever do.) 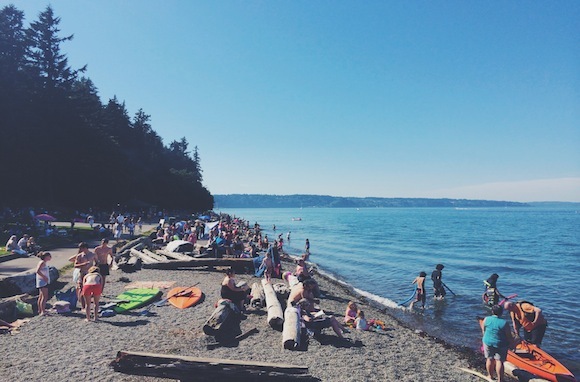 Would you guess that this is a city park in…Tacoma? Because it is. No big deal, just a little swimming beach hidden away in the forests of Point Defiance, a beautiful city park that's a favorite with locals. It's that way up and down Puget Sound – a good swim is never far away. 4. You know what else is never far away? Mountains. Big ones.

When you're done swimming, head for the hills. And by hills we mean mountains. Sometimes really big ones. This is the road to Hurricane Ridge, an alpine wonderland that's 5,242 feet above the Strait of Juan de Fuca, in Olympic National Park. It's a long but worthwhile day trip from Seattle. 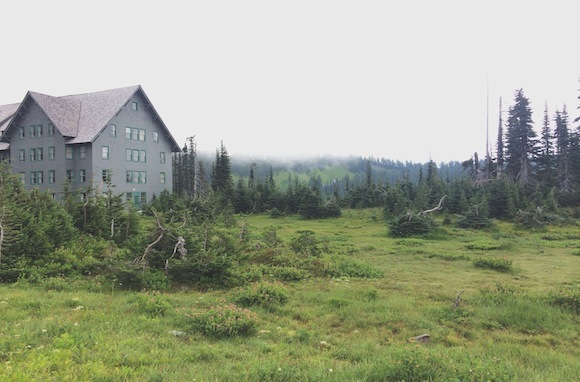 5. Or, you could just park it somewhere high up.

Mount Rainier National Park's historic Paradise Inn rests at a cool 5,400 feet above sea level, in the shadow of the much higher actual Mount Rainier. It generally feels like spring here – when it's not feeling like winter, anyway, which is much of the year. In August, the wildflower bloom in the surrounding meadows is worth a trip from anywhere. 6. Not that you need to book a hotel or anything. Stunning mountain destinations are everywhere you look.

Then again, not to beat this one to death, but if you've never done Hurricane Ridge, you should -- its network of easy trails make this a great way for amateurs to get introduced to the high life, Northwest style. 7. Of course, summer without a drive to Artist Point isn't really summer at all.

The dry season is short and sweet – along with Rainier, it's renowned as one of the snowiest places in the world – and it's hours away from most of Washington's population centers, but Mount Baker's alpine vibe is just too good to miss out on. Because it's way up on the Canadian border, away from most Washingtonians, don't be surprised to find yourself very nearly alone on the road up, at least during the week. That alone kind of makes it worth the trip. 8. And don't feel like you have to make an epic journey up the side of a volcano to have a memorable mountaintop experience.

Inspiring vistas are within reach no matter where you are in the region – less than an hour from the Bainbridge Island ferry dock, you can be on top of Mount Walker, hanging out above the beautiful Hood Canal. On a clear day, you can see Mount Rainier, Seattle and much more. (Bring binos.) If you're in the mood, the hike up is a nice, stiff workout. Or you can just drive. We'll never tell. 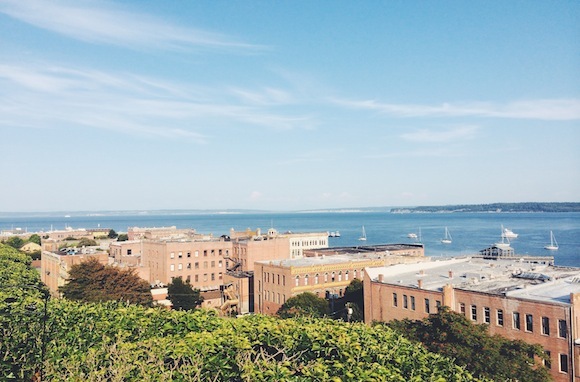 9. When you need a break from nature, there's plenty to do.

Washington's great outdoors kind of trumps everything else here, but don't miss small towns like Port Townsend, a well-preserved mini-San Francisco with good food, great architecture, creative buzz and cheap ferry rides to Whidbey Island. (A circle journey from Seattle with the Bainbridge, Port Townsend-Coupeville and Clinton-Mukilteo ferries is a fun way to spend a summer day, if you don't mind spending a little money.) 10. And speaking of cool towns on the Olympic Peninsula…

Just up the road, sunny Sequim couldn't be more different than Port Townsend – or, for that matter, pretty much any place in Western Washington. With less annual rainfall than Los Angeles (pre-drought, anyway!), Sequim's postcard-ready farm country, Olympic views, kid-friendly beaches and a seemingly endless supply of fresh produce, often sold straight from the farm, make it one of the Northwest's loveliest places not just for summer, but for most of the year. 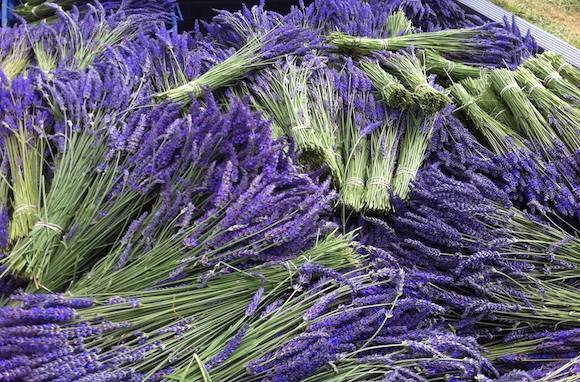 11. As if all that's not enough, there's the lavender.

Thanks to the aforementioned dry climate, Sequim has been called the lavender capital of the United States – they even plant it all over downtown. Everyone turns out for a giant lavender festival in July. Invite your grandma. It'll make her year. 12. And of course, there's Seattle, where your adventure will likely begin and end.

Seattle in summer turns inside out – blessed with plenty of parkland, you're never far from a cool canyon, a sunny beach, an urban trail or a picnic-ready lawn – but you're also never far from all the stuff that makes Seattle a pleasure at any time of year, from vibrant markets (everyone loves them some Pike Place, but definitely go local at the Sunday market on Capitol Hill, too) to some of the continent's best coffee. 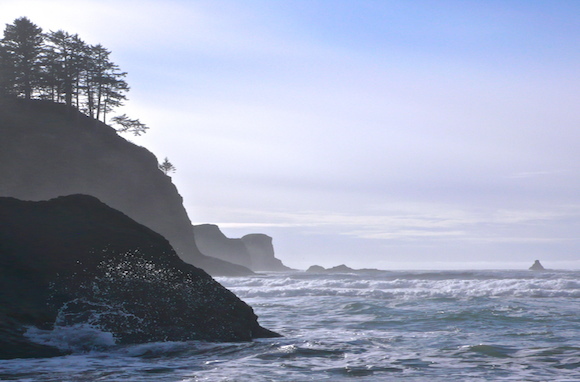 13. Just make sure you don't get stuck in the city for too long…

Seriously – the outdoors are just too great. While the Pacific Ocean may be a hike for most, Washington's beaches – particularly the ones within Olympic National Park – are unforgettable. Some beaches you can drive right up to, others require a memorable walk or day hike through stunning coastal forest. 14. Then again, maybe the ocean can wait, with this kind of thing everywhere?

Seriously. No matter where you go, it seems like you're never far from some postcard-ready stream with a natural pool that's perfect for swimming – it may be chilly, but the sun will dry you off in no time, no worries. 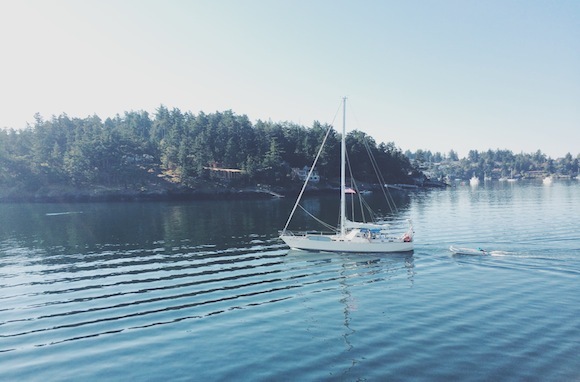 15. Or, just take it all off your plate and sentence yourself to a little island time.

Overwhelmed? That's understandable. Whether you take it slow for an hour on Bainbridge, or a long weekend in the San Juans (as of this year, you can reserve ferry trips to the latter), Washington's many islands are where you go when what you need most is relaxation, and lots of it. Careful, though – particularly in the case of the San Juans, it can be hard to shake the feeling that life might just be better here. 16. But whatever you're doing, and wherever you end up, make sure to stop and enjoy some of the latest – and best – sunsets in the country.

If you like long evenings, these are some of the longest in the Lower 48 – at summer solstice, the sun doesn't go down until after 9:00pm. 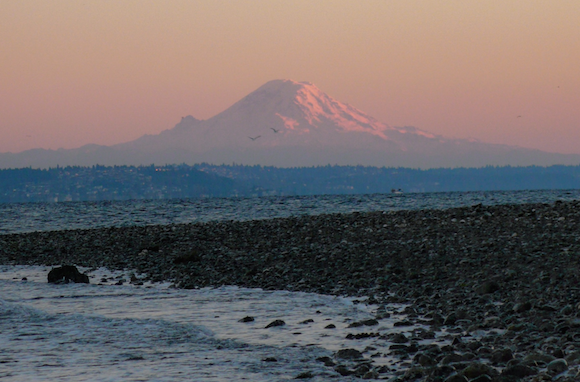 18. Then again, simple – like at a random neighborhood park – can be just as sexy.

So, in summary and in closing: Washington. Summer. Best. Over and out.

For the lowest fares to Seattle, click here now.