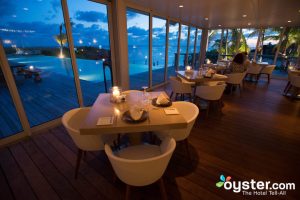 Who doesn't love something shiny and new?! We're constantly on the lookout for hot new hotel properties, and we've noticed a recent trend: boutiques are in. While the definition of a "boutique hotel" varies slightly person to person, even within the hospitality industry, boutiques are part of a special hotel category that attempts to create a unique experience for guests by offering fewer rooms, more personalized service, and a high attention-to-detail with amenities and features such as celebrity-designed decor and funky in-room gadgets. From Costa Rica to Tokyo, here are the 10 best new boutique hotels in the world. The 200-room Peninsula Paris, located in the 16th arrondissement near the Arc de Triomphe and Champs Elysees, is one of the city's top luxury hotels, priding itself on offering personalized service with the help of 600 staff members. It reopened in 2014 after a four-year, multi-million dollar restoration, and the historic property offers guests opulent interiors and several dining and drinking options, including a rooftop restaurant with beautiful panoramic views over the city. Rooms, which are some of the largest in Paris, feature elegant decor in neutral tones and a bounty of high-tech details, including tablet-operated lights, temperature, and valet calls. With a spacious rooftop pool offering incredible views, a restaurant with a bold Mediterranean menu, and 69 large contemporary guest rooms, The Redbury South Beach is a beautiful, upscale boutique hotel located right in the center of South Beach. Decorated in a bright Art Deco style, with clean lines and lovely outdoor spaces, this property, which opened in December 2013, offers guests direct access to the beach, as well as a wide variety of restaurants, shops, and entertainment options within walking distance. Far, far removed from the crowds of Nassau is this 40-acre boutique resort on Eleuthera Island. This property, which opened in 2013, is a hot spot for celebs seeking privacy, and features a jaw-dropping infinity pool and cliffside bar sitting between two man-made, pink-sand beaches. 150 chic, airy rooms have white decor, and enormous villas with private plunge pools and state-of-the-art kitchens are on offer. Opened in 2014, the Janas Hotel has 14 airy rooms in the center of Villasimius. Breakfast, served in a sleek room with a bar and outdoor seating on an adjoining terrace, is included in the room rates. Guests staying in Superior Deluxe Rooms get exclusive use of the rooftop whirlpool. Wi-Fi is free, but there's a charge for parking. The 157-room ME London is a design hotel that opened in a prime location right on The Strand in 2013. From the dark lobby to the chic, minimal rooms there is an artistic and exclusive atmosphere to the hotel. On-site restaurants, lounges, and bars -- including a trendy rooftop bar -- are destinations in their own right, attracting both locals and visitors. Tech-savvy rooms have cool and functional bedside lighting controls along with luxurious bathrooms. Luxurious in every way, the 16-room, adult-only Nayara Springs is the top resort in the area for couples seeking romance and privacy -- but who can do without volcano views. Large, rustic-luxe rooms have a bevy of free amenities (free minibar items, free international calls) and gadgets (Bluetooth music players, espresso machines), all of which you pay for in the room rate. Its nearest competitor is the Nayara Hotel, Spa & Gardens, which happens to be its family-friendly sister property next door (volcano views are on offer there), but Nayara Springs, opened in 2013, is certainly more upscale and modern. This L.A. outpost of the boutique Ace hotel brand opened in 2013, with the same hipster vibe as its sister properties in New York, Portland, Seattle, and Palm Springs. The 166 rooms feature retro-inspired decor, with plenty of musically-themed accents, and the on-site restaurants, bars, and rooftop pool are all lively scenes that attract a young, see-and-be-seen crowd. Completed in 2014, the Andaz Tokyo Toranomon Hills is one of Tokyo's newest luxury hotels. It was built in the top floors (47 through 51) of the Toranomon Hills skyscraper, with enormous windows overlooking Tokyo. Cleverly placed telescopes and a sophisticated rooftop bar are excellent ways to take in the sights. Like all Andaz properties, this hotel has an open lobby concept and "hosts" take the place of traditional front desk agents and concierge staff. The 164 luxurious guest rooms have free minibars, large soaking tubs, and plenty of closet space. This stylish urban boutique hotel in New York's Garment District opened in May 2013 in a historic building that was once a tea salon and hat factory. The property's past inspired its present industrial-chic design, and small details such as decorative milliner's tools pay homage to the building's former function. In the lobby, cool white stone and Gothic arches are contrasted against colorful contemporary art, while in the 197 rooms, a minimalist black-and-white motif is warmed up by the oak hardwood floors. Features include a fitness center, a lobby bar (named for the historic tea salon's owner), Parker & Quinn bistro, and a cool rooftop bar.