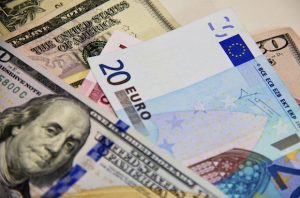 With the Euro Tanking, Your European Summer Awaits

With the Euro at almost parity with the dollar (it was recently at $1.05), many Americans are thinking that this is the summer to visit Europe. Compared to a decade ago, hotels, trains, meals, and other costs are almost 30% less.

However, airfares are still high to Europe, despite the plunge in oil prices, although we have seen some softening for travel before mid-June and after mid August (when children and college students go back to school) and some routes are quite cheap even for July and early August.

First, just concentrate on getting across the Atlantic cheaply

A big mistake that US travelers make: myopically focusing on just one route to Europe. For example, let's say you want to visit Amsterdam this summer. We have bad news: fares to Amsterdam are incredibly expensive. But, a recent search found peak summer fares from New York to Frankfurt, Germany on Singapore Airlines for $799 round-trip. And while New York to Amsterdam was selling at the same time for $1500 round-trip, summer travel, Frankfurt to Amsterdam on KLM was widely available in July and August for $106 round-trip. Do the math.

No, you do not want to land in Frankfurt in the morning and expect to fly immediately to Amsterdam. What if your inbound plane is late and you miss your connection? You'll have to buy a last minute fare, assuming there are seats, which will be more expensive. So I simply recommend that you consider this a bonus stopover (for a night or two) in Germany. With the $600 per person that you save you can make Germany a nice side trip. Or you could take the train to Amsterdam on high-speed rail, a five-hour scenic journey, for 59 euros each way.

And let’s put the “best time to buy” nonsense to rest: there's no best time of day or day of week to find a bargain.

Flying into London Gatwick might be cheaper than into London Heathrow, or Paris Orly vs. Charles de Gaulle. Milan has two airports, Moscow has three.

Every year around this time airlines announce huge reductions on summer business class fares. In 2012, British Air had an amazing sneak sale in business class from all US gateways for $2012 round-trip. Airlines also announce sales in economy and premium economy class via email, and in the case of Singapore Airlines members of their frequent flyer program get the announcements first, so sign up.

Especially FlyNorwegian.com.  You'll save a lot by paying the airfare in euros on their website rather than in dollars. This isn't a scam, it's just the way the website is set up.

Example: Norwegian had LA to Copenhagen recently for $405 round-trip October travel, but in dollars converted from euros at $1.05/euro it was $340.

Other airlines to look at include Condor and Thomas Cook Airlines, which, for example, recently sold New York to Manchester UK for $545 round-trip, May travel.

Be willing to connect

Turkish Airlines has some of the lowest fares to Europe but you must connect in Istanbul. Turkish offers free city tours in Istanbul if it's a long layover.

Use AirBnB, FlipKey, VRBO.com for home and apartment rentals to save money on longer stays.

Pay in euros where possible rather than in greenbacks. Many sites allow you to do this and if the exchange rates work in your favor you'll save money.

Look at Tingo.com. If the hotel rate goes down after you book, it refunds the price difference to your credit card automatically.

And "flash" sale sites like Jetsetter.com save money but you always need to check the hotel's website to see the rate if you buy there instead.  Example: a one-week stay at the luxe Belmond Reid's Palace in Portugal was selling on JetSetter for $1,977. Same room, same dates on the hotel's website: 2,800 euros (about $3000).

Packages may save money

Use ATMs to get euros, but make sure your bank doesn't charge foreign ATM fees. Charles Schwab and Ally Bank are two that do not, also most credit unions don't.

Consider bringing two ATM cards if you rely on them for cash in case one becomes defective or gets eaten by an ATM on a Sunday when banks are closed.

Use a credit card that doesn't charge foreign transaction fees, such as the Capital One card.

If a merchant or restaurant offers you to pay by credit card in dollars or euros, always choose euros because the merchant can set his own exchange rate if in dollars.

T-Mobile now offers free unlimited data and text roaming throughout Europe, plus 20 cent per min. phone calls. Much less expensive than buying a data plan. Or buy a SIM card when you arrive for your unlocked GSM phone.