Unusual "Backstage" Things You Can Only Do in London

Los Angeles resident Adaeze Uyanwah won what was perhaps the ultimate travel contest. After submitting a brief statement and short video explaining why she should be picked, the University of California film student got a call informing her that she was chosen from among over 10,000 entrants to visit London for two weeks as London's "Guest of Honour." After much incredulous screaming, she was soon on her way via Air New Zealand business class.

And it was a truly unusual visit. She toured the Science Museum with Professor Stephen Hawking (who quipped that Eddie Redmayne did a good job but didn't have his looks), met Mayor of London Boris Johnson, had tea with Downton Abbey's Mr. Carson, visited 10 Downing Street (the Prime Minister wasn't available unfortunately), took a private tour of the Houses of Parliament and Warner Brothers Studios London, lowered and raised the famous Tower Bridge, toured the Royal Opera House backstage, and much more (the £5,000 shopping spree on Oxford Street didn't hurt, either).

It was a true "insider" look at London. And while there's no word if London and Partners, the contest's sponsor, will repeat it next year, they are offering five lucky couples a chance to win a four-night stay with airfare for two to London.

Even if you don't win, you too can experience some amazing "backstage" experiences on your next London visit. Here are seven unusual things you can do that most visitors, and even Londoners, scarcely know about.

If you like video games, have ever dreamed of being a pilot, or just want the thrill of a lifetime, British Airways will let you "fly" in the same flight simulators used to train their pilots. I did this for several hours and I was quite giddy. It's an incredible experience. 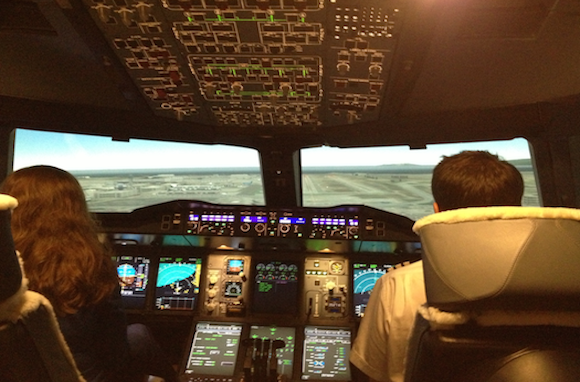 Take a tour of the Houses of Parliament

Adaeze got a private tour of the Palace of Westminster with the speaker of the House of Commons, but anyone can visit and watch debates in a group tour. The interior architecture will have you craning your neck in every direction. Perhaps you'll watch a ballet class in progress, see current and historic stage sets, or even spy a famous opera or ballet star. And if you get a chance, pick up some tickets for a performance. 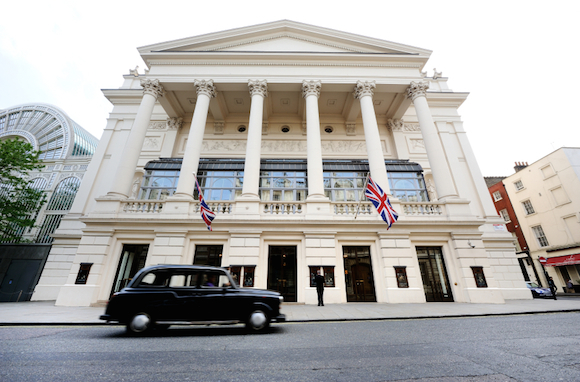 If you're a Harry Potter fan, taking a tour of Warner Brothers Studios London is a must. Opening March 19, the original Hogwarts Express steam engine and a recreation of Platform 9 ¾ provides a glimpse into how some of the films' most iconic scenes were created. London's Guest of Honour actually got to be an extra in the chorus of the London cast of Mama Mia for an evening. Sorry, but that's not on offer. However, if you're a theater fan, these tours are a must. The National Theatre and Theatre Royal Drury Lane are two especially good ones. Tour and witness the Royal Courts of Justice in action

No country does justice with quite the pomp and circumstance (wigs and gowns for days!) that England does. Not only is the architecture impressive but the proceedings, which you can witness from the gallery, are fascinating too. Guided tours should be booked far in advance of your trip For the ultimate "backstage" experience, this annual event literally opens to the public buildings that are normally off limits. The theme is "revealing great architecture for free," and, indeed, the entire weekend offers free admission. For example, last year you could visit 10 Downing Street (the UK's White House equivalent) if you were lucky enough to win a lottery for the limited number of places.

So if you've visited London dozens of times and done the "top 10" things like the Tower of London and so on, next time put these "backstage" opportunities on your list.