Thanks to their luxe guest rooms, chic interiors, and stunning gardens, hotels are often chosen as the set locations for films, television shows, and music videos. Whether they appear on networks like MTV or go viral on YouTube, it ends up providing some great exposure for the hotel...that is, if viewers know which hotel it is. Luckily, we were able to recognize the hotels prominently featured in these 10 music videos, in case you wanted to travel like Beyonce or party like Kanye West.

Taylor Swift's 2014 "Blank Space" music video shows the star and her love interest in various scenes --  riding bikes indoors, having a picnic, painting a portrait...and then ruining said portrait -- around a gorgeous mansion, or -- in reality -- the 1920s chateau-style Oheka Castle Hotel & Estate in Long Island. About an hour from New York City, it’s the country’s top wedding venue, and one of the most striking properties on the East Coast. It features 32 individually decorated rooms and stately common spaces, and is surrounded by 23 acres of gorgeous, manicured gardens. From the striking metal staircase to the cozy library room, you'll recognize many of the spaces where Taylor Swift and model Sean O'Pry played house. The ever-catchy "Wannabe," released in 1996, was the hit that propelled the Spice Girls to stardom. In the music video, Posh, Ginger, Baby, Sporty, and Scary are seen ruffling the feathers of a more proper clientele at the St. Pancras Renaissance London Hotel. From choreographed moves performed on the grand staircase to running through the opulent hallways, the girl group wreaks havoc on the hotel, a 245-room property with a long history dating back to the Victorian era. Originally built in 1873 to accompany the St. Pancras Rail Station, the hotel has many unique historical features including the Atrium lobby, which was used as the driveway leading horse carriages to the station. 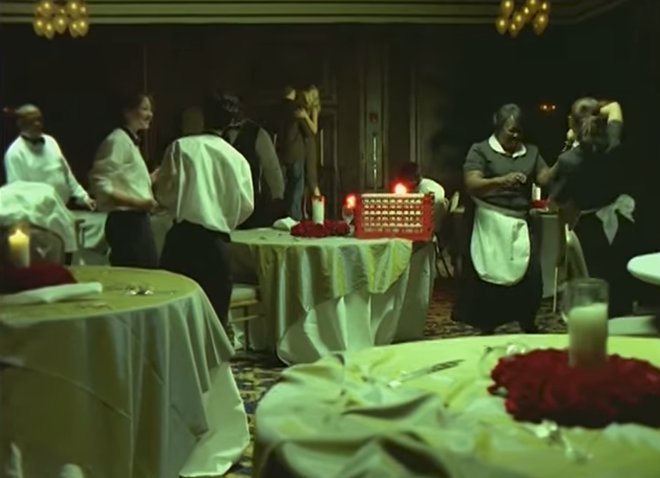 Country artist Josh Turner is best known for his deep, soulful voice, which is on full display in "Your Man." A longtime resident of Nashville, Turner chose to film the hit's music video at the luxury Hermitage Hotel. Located downtown and built in 1910, it's the oldest hotel in Nashville and beautifully designed in a Beaux Arts style, with stained glass ceilings and marble columns. The sweet music video shows Turner and his love interest (played by his real-life wife!) dancing both in their guest room and the striking Grand Ballroom. The song "Whatever U Want" was released by hip-hop artist Consequence in 2009, and features both Kanye West and John Legend. Filmed at the Fontainebleau Resort Miami Beach, the music video features the trio romping around the sexy property -- poolside, at the indigo-lit Bleau Bar, and on the beach. We knew West's wife Kim Kardashian was a fan of the property, but the rappers presumably picked this location for the sleek, mood-lit interiors that came from the $1 billion facelift in 2008. Beyonce released the up-tempo song "7/11" in 2014 and followed up just days later with a music video filmed by the singer herself using a static camera. Shot at the Beverly Wilshire in Los Angeles, scenes of Beyonce and her crew dancing take place on the hotel balcony, in the hallway, and throughout the suite. The iconic Beverly Hills hotel is a top luxury pick and with beautiful guest rooms, a Wolfgang Puck restaurant, and a great spa, pool and fitness center, plus doting Four Seasons service, it's no wonder Queen Bey chose to film there. 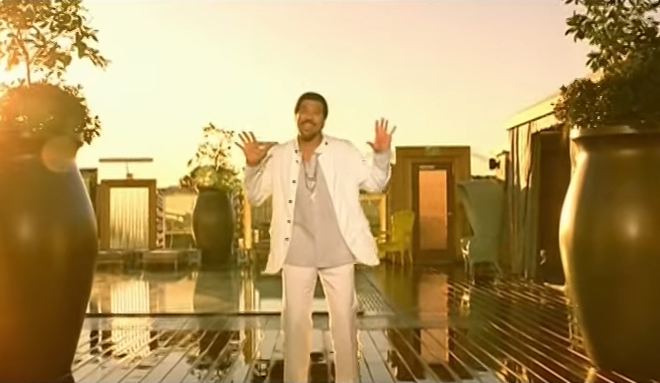 One of the best-selling artists of all time, Lionel Richie released "Just Go," featuring Akon, in 2009. The music video for the pop song was filmed at the SLS Hotel at Beverly Hills and features Lionel Richie and Akon singing by the chic rooftop pool. The video also stars Evan Ross, an actor and the son of Diana Ross, taking his love interest to the pool for a romantic rendezvous. The Philippe Starck-designed SLS, opened in 2008, may dazzle -- and possibly overwhelm -- the senses with capital-D design. The rooms are sleek, luxurious, and spacious; its gym is enormous, and restaurants by Spanish chef Jose Andres are praiseworthy. Pop/rock singer P!nk released "Nobody Knows," from her album I'm Not Dead, in 2006. The somber music video shows Pink in various sad states in a hotel room -- at one point even crying in the shower. Director Jake Nava shot much of the video at The May Fair Hotel in London. A popular celeb spot, the luxurious and prestigious hotel has an A-list bar, casino, and private theater known to host red carpet events. Damask textiles, velvet furniture, and bright shiny bedding in indulgent crushed velvet give the rooms a boutique's attention to detail despite the large size of the hotel. At the time of it release twenty-five years ago, Madonna's "Justify My Love" was considered extremely sexually explicit, causing its ban from many networks. It was filmed in black and white by Jean-Baptiste Mondino and features Madonna's then-boyfriend, model and actor Tony Ward. The video shows couples engaging in BDSM-type activities at a posh hotel, which happens to be Le Royal Monceau - Raffles Paris. The seriously luxe hotel is a stone's throw from the Arc de Troimphe and rates are some of the highest in Paris. A Philippe Starck renovation -- finished in 2010 -- brought a heady mix of art and design to this already high-class hotel. Jewel, the country/pop/folk singer behind hits such as "You Were Meant for Me" and "Foolish Games," released "Till It Feels Like Cheating" in 2008. The video starts with her pulling up to a hotel and then making her way to her guest room as she waits for her husband. It was shot at the historic Driskill Hotel in downtown Austin. Built in 1886 and beautifully restored, it has gleaming marble floors, towering columns, and stained-glass ceilings that evoke a bygone era. Tasteful, elegant rooms follow suit with designer furnishings, towering ceilings with crown molding, brocade carpeting, and pretty bathrooms with black marble floors and counters. Released in 2011, "Video Games" was one of Lana Del Rey's first hits -- and she directed and edited the accompanying music video herself. The video is a mix of clips of cartoons, old movies, Lana Del Rey singing, skateboarders, and several shots of the iconic Chateau Marmont in Los Angeles. The singer later played an intimate concert at the castle-like hotel. As Hollywood's most notorious celebrity hideaway, the hotel is the best spot for A-list sightings, especially in its two fantastic (yet reasonably priced) restaurants.