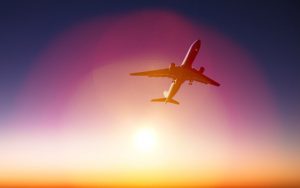 Flying in Europe: EasyJet, Ryanair, or Someone Else?

If you're heading to Europe next year, and if you plan to move around a bit, you may consider some intra-European flights. Europe hosts more than 100 low-cost airlines, some huge, some tiny. On my recent trip to England and Italy, I tested Europe's two largest low-fare lines and came away with some impressions that may be helpful to you.

EasyJet and Ryanair, the largest and second-largest European airlines in terms of annual intra-European passengers, operate from bases spread around the continent. You stand a good chance of flying one or the other just about anywhere you want to go. Fares are capacity controlled, and if you buy well enough in advance, they start out very low. Service is probably closer to Spirit and Allegiant than any other U.S. airlines: Seating is extremely tight, almost everything is priced a la carte, and you pay extra for buying with a credit card (EasyJet does not take American Express). I flew Ryanair from London to Bari and EasyJet back to London a week later, about three hours each way.

Ryanair: My flight cost $107, including a checked bag and an assigned seat. All Ryanair flights are on 737s, meaning very narrow seats. Legroom, at a 30-inch pitch, is a bit tighter than on large U.S. lines. Ryanair's main London base is at Stansted Airport, which has no flights from the U.S. but lots of European flights. You get to Stansted by an express rail service that runs every 15 minutes from Liverpool Street station at a cost of about $36. Ryanair also has a few flights from Luton and a very few from Gatwick to Ireland. Its main bases in France are Beauvais (which it calls Paris/Beauvais) and Marseille; the main base in Germany is Hahn (Frankfurt/Hahn). In several cities, it uses nearby city airports rather than the main fields, such as Bergamo for Milan, and access to/from the nominal primary city may be difficult.

EasyJet: My flight cost $183, including a checked bag and an assigned seat. All EasyJet flights are on A320s and 319s, with seats wider than Ryanair's, but, at a 29-inch pitch, punishingly limited front-to-rear space. EasyJet runs large London operations from Gatwick and Luton and limited operations from Stansted and Southend. Flights from Gatwick give EasyJet an immediate $20 price advantage over Ryanair because of cheaper ($16) rail tickets to/from central London. Main bases on the continent include Amsterdam, Berlin, Geneva, Milan/Malpensa, Paris/Orly, and Rome/Fumicino.

Although the flight crews always urge you to "enjoy your flight," the only enjoyment on these lines is getting where you want to go, expeditiously, with your baggage, and at a good price. There's no way you can actually "enjoy" a few hours on these cattle cars. For a humorous take on Ryanair, check the "cheap flights" skit on YouTube.

Norwegian is Europe's third-largest low-fare line. I've flown only its long-haul service. Local services are based mainly in Scandinavia. It has been rated "best European low-fare line" in several surveys. Unable to compete with the low-fare lines, Air France and Lufthansa are establishing their own low-fare subsidiaries.

If you're considering an intra-European flight, you have a good chance of finding what you need on either EasyJet or Ryanair. Metasearch engines such as TripAdvisor and Kayak show both lines.

For trips of less than 300 miles or so, consider high-speed trains. These days, rail prices, like airfares, are capacity controlled, and lowest ticket prices often match lowest air prices. But rail travel is much more comfortable than flying, terminals are in city centers, you have no security hassles, and you avoid the cost of airport access. Where schedules work out for you, taking a train is almost always a better choice than flying.

This Airline Actually Wants to Make You Happy

This article was originally published by SmarterTravel under the title Flying in Europe: EasyJet, Ryanair, or Someone Else? Follow Ed Perkins on Google+ or email him at editor@smartertravel.com.