A Walkabout from London's Holborn Neighborhood

London is so densely packed with things to see, do and taste, that if you plan it right you don't have to walk very far to spend an entire week exploring outside your hotel's doorstep. That's what I discovered on my most recent trip.

On past visits, in order to save money I tended to stay on the outskirts, even out at Heathrow Airport, or on the edges of the city, such as the Canary Wharf district, and I ended up spending more time on the Tube than actually seeing things. This time I was staying at The Rosewood London, formerly the Renaissance Chancery Court Hotel, one of the city's newest (it opened in October 2013) and most beautiful five-star hotels--and the most reasonably priced one, at least on my visit.

The Rosewood also sits in one the best locations in Central London, an easy walk to hundreds of things to explore. Some of London's classiest hotels are a bit remote for my taste, such as the new Shangri-La at the Shard across the Thames (great views, but too far south), and the Dorchester near Hyde Park Corner (too far west). I read a few reviews on Tripadvisor that questioned the Rosewood's location (one person wrote "not in the nicest part of London," which make it sound like it's in a sketchy neighborhood or something, which is so far from true it's laughable).

The Rosewood is literally across the street from one of my favorite small London museums, the Sir John Soane's (Soane was an eccentric architect, most noted for designing the Bank of England, and this house-museum is where he lived and worked), so on my first day that's where I headed. The house itself is fascinating, with more nooks and crannies than an English muffin, but for many his art collection is the main draw. My walk then took me northward up Lamb's Conduit Street, one of London's most famous tucked-away shopping streets with one-off boutiques (The Lamb, an atmospheric pub here, is worth a visit), to the Charles Dickens Museum.

Dickens lived and wrote here for just two years until it became too small to contain his growing family. You can even see the desk where he penned Oliver Twist and Nicholas Nickleby. Needless to say, it's a shrine for English majors and Dickens fans the world over.

From there I headed further north to the Foundling Museum, another attraction I had passed over in all my years of visiting London. This is where unmarried or impoverished women would deposit their babies for care. They'd receive a token to identify the tyke in case they decided later to reclaim it. It's an emotionally rewarding visit.

Further north it was time for lunch at Grain Store, noted for its vegetable-focused dishes, in a newly developed part of town just adjacent to St. Pancras Station, the railway terminus used by those high-speed Eurotunnel trains, and one of London's great Victorian buildings.

I love London's train stations, and two of the finest are King's Cross and St. Pancras International, both of which are as much about shopping and dining as they are about hopping on a train. I stopped for a glass of bubbly at the Champagne Bar at St. Pancras and watched trains pull in and out and took some photos. Later I stopped at the highly esteemed Sourced Market in the station for a scrumptious piece of cake. 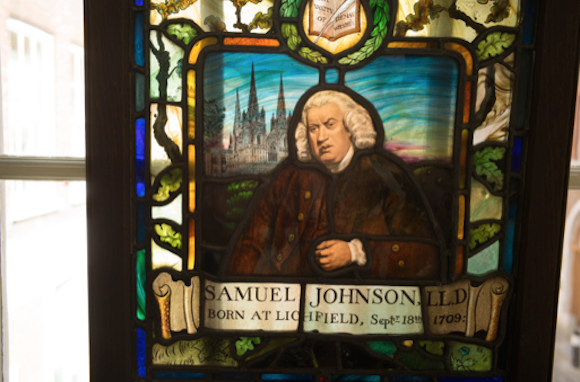 The next day I went south. I started the day with a super breakfast at Fleet River Bakery, just behind my hotel. A few streets further south is the Royal Courts of Justice, which welcomes visitors to observe the British legal system in action. Public tours are offered on the first and third Tuesday of the month at either 11 a.m. or 2 p.m. (cameras and kids under 14 not are welcome, however).

This is where Samuel Johnson (you know, the one who said that bit about "When a man is tired of London he is tired of life") lived and worked from 1748 to 1759 and where, on the top floor, he and his assistants put together his famous dictionary.

The next day I went west.  A five-minute walk from the Rosewood brings you to James Smith and Sons (53 New Oxford Street), purveyors of the finest British-made umbrellas since 1830. They're actually made right there in the shop, and come in all price ranges--and uniquely, perhaps, they're not sold anywhere else. I couldn't resist, so I spent way too much on a colorful plaid number. (One huge plus is they do repairs on their products, so if a gust of wind defeats yours… well, you have a place to go instead of tossing it). Next, on to the British Museum, where you could easily spend a whole day, again just a short walk away. And who could resist a trip just a few streets west to Pollock's Toy Museum and Shop (1 Scala Street). I certainly couldn't. If you're into boutique hotels, you might want to pop into two notable ones nearby: the Charlotte Street Hotel and The Sanderson (I stayed there once and asked where their bed sheets were sourced from, they were so silky smooth, but no one could come up with an answer. Maybe it was a classified secret).

But my goal was more stomach- than bed-related, so I headed for dinner to the Adam and Eve Gastropub, a few streets distant, where everything on the menu is delicious and reasonably priced. 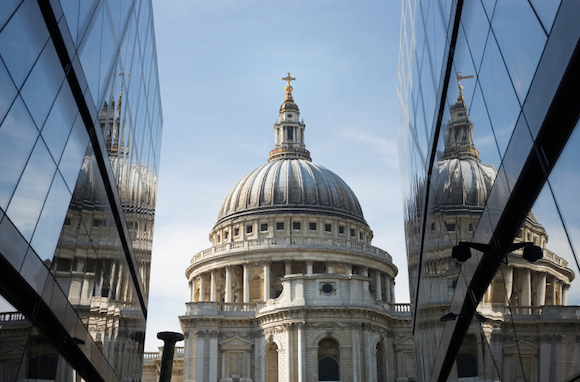 If you look at a map, you'll see that Holborn is just a short walk eastward to St. Paul's Cathedral (where a must-do is climbing to the very top—a £16.50 splurge but worth it unless you're claustrophobic or can't climb the 531 steps), the ever-fascinating Museum of London, and the Barbican Centre—art gallery, theatre, cinemas and concert hall. Those three venues are enough to occupy a full day, but it would be a shame while in the vicinity not to stop in to St Mary-Le-Bow, designed by Sir Christopher Wren, or, if you're still feeling energetic, to climb the 311 steps of the Monument, a tower completed in 1677, to commemorate the Great Fire (corner of Monument Street and Fish Street Hill), with a worthwhile 360-degree view of the area and beyond.

The next time I visit London I plan to do the same thing: just explore my hotel's immediate environs. It took me a few years to learn this, but few cities are so jam-packed with things to do and see within a short walk of wherever you happen to be sleeping.