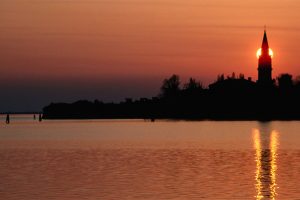 One Simple Secret to Getting a Great Travel Deal

Overcharged? Misinformed? Didn't get what you paid for? Travelers with a gripe against an airline, a hotel, an online travel agency, a credit card issuer, or some other travel seller often copy me on their complaints. And I never cease to be surprised at how many of those complaints are rambling, unfocused, and weak. Certainly, there's no "sure thing" way to have a complaint resolved in your favor, but you can improve your odds of success fairly simply.

First, establish what you want—what would be the ideal solution, from your viewpoint.

Money or Equivalent: If you are actually out some money, you will almost surely want reimbursement. And if a supplier caused great inconvenience, you might also decide that the mistreatment warrants a monetary compensation.

A Black Mark: If you conclude that your problem, however annoying, does not rise to the level of warranting a monetary resolution, you can still give the supplier a black mark.

An Apology: Apparently, some folks just want a seller to tell them, "Yes, we goofed. Sorry." If that's what you really want, fuggedaboutit. Suppliers' lawyers don't want them issuing any statements that might provide fodder for a future lawsuit.

Next, make sure you know where to complain. Often, that's not an issue; the guilty party is obvious. But in a monetary dispute involving two or more distinct parties—an airline and an online agency, for example—each typically blames the other. Here, you need to determine (1) which organization actually caused the problem and (2) which one has your money.

Ask for something! If your complaint rises to the level of warranting compensation, ask for compensation. The most ineffective complaints I see exhibit the same fatal flaw: not asking for anything specific. Instead, they present their complaint—often a long, rambling laundry list of grievances—but wind up with a weak "What do you plan to do about this?" or "I trust you will provide an appropriate response" or an even weaker "How did I go wrong?"

If you can demonstrate that the supplier's misconduct left you with an out-of-pocket loss you can document, you should certainly ask for at least that amount. Even if you can't show an out-of-pocket loss, you can set some reasonable cash value on inconvenience, especially loss of work or vacation time.

Keep in mind that when you ask for compensation, suppliers hate to cut checks. An airline, hotel, or cruise line will likely be more generous with vouchers for future services than with cash. Similarly, airlines will be more generous with frequent-flyer miles. If you're willing to accept vouchers or miles, say so in your complaint. You might even want to ask for more value in vouchers than cash. In any event, however, before you accept a voucher, make sure it doesn't include restrictions or an expiration date you can't accept.

If you can't reasonably expect to receive cash compensation, you can at least give the supplier a black mark. The most effective places to post black marks these days are all-purpose sites such as Yelp or traveler-review sites such as TripAdvisor.

With an airline problem, you can submit a complaint to the Department of Transportation (DOT). Unless you show violation of a law, DOT won't help resolve your complaint. But it does score your complaint in its ongoing monthly and yearly "Consumer Reports." And a DOT complaint carries a surprising amount of weight: In 2013, only 13,000 total complaints were filed, against all airlines, which means that each individual complaint represents more than 6,000 passengers. And these DOT scores are important: The media regularly report on them, several widely used airline-rating systems incorporate them, and airlines really do try to minimize them.

I'll have more detail on pursuing a monetary complaint in a future column.

This article was originally published by SmarterTravel under the title One Simple Secret to Getting a Great Travel Deal. Follow Ed Perkins on Google+ or email him at editor@smartertravel.com.