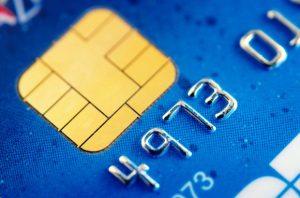 Diners Club, the original Travel and Entertainment" (T-and-E) card, is reopening in the United States. That's the biggest news in the always-turbulent credit card world. For some reason, the pioneering card has been dormant in the U.S. for several years, servicing prior holders but not adding new ones. Now, it is again accepting applications, and it offers four key advantages over most other cards:

* No-extra-charge primary rental-car collision insurance—available on a few other cards, but unavailable on most.

* Chip-and-pin security, making the card useable in some cases where other cards may not work.

* Access to more than 500 airport lounges around the world.

Both cards include the "usual suspects" list of other credit card benefits, including the increasingly common "no fee on foreign transactions" feature on travel-oriented cards. And Diners Club cards carry the MasterCard logo, so they're useful just about everywhere.

The big advantages of transfers to many airlines, primary rental-car insurance, chip technology, and lounge access move Diners Club near the top of your list of prospective travel cards. Even the Premier version outperforms some much more expensive cards from other issuers. Check it out and apply at dinersclubus.com.

If you haven't been looking lately, the formerly "strictly domestic" Discover card has expanded well beyond U.S. borders. It's accepted in much of Europe, Central and South America, and Asia, plus New Zealand and South Africa. The biggest exceptions in Europe are Belgium, France, and the Netherlands. Discover owns Diners Club International, so any outfit displaying a Diners Club sign will honor Discover, although that's a lot fewer than accept MasterCard or Visa. With its relatively high dollar-payback level, Discover is an attractive option for anyone who doesn't need airline miles. Check it out at discover.com.

Slowly but surely the United States is catching up with the rest of the world in adoption of chip (EMV) security for credit cards. American Express, MasterCard, and Visa have established a deadline of October 2015 to complete migration. This isn't an absolute deadline, but after that date, banks that do not issue chip cards and merchants that do not accept them will be accountable for any fraudulent charges. As a result of this "fraud liability shift" incentive, the industry estimates that about 70 percent of U.S. cards will have chips by that deadline date.

But not all chip cards are alike. Most chip cards issued in the U.S. are "chip-and-signature" cards, meaning that when you charge something, you still sign a conventional charge slip or an automated remote terminal. The rest of the world is focusing on "chip-and-pin" cards: Instead of signing for a charge, you enter a PIN, as you do at ATMs. Only a few U.S. card issuers currently use that system: Diners Club, as noted, along with some cards from Barclaycard, JPMorgan Chase, Wells Fargo, and a few company-branded cards. But U.S. banks will ultimately move to chip-and-pin, too.

The industry claims that chip technology is inherently more secure than the older magnetic strip system, and their arguments are convincing. The big advantage of the chip system is that it makes counterfeiting cards harder, and the pin system prevents use of a lost or stolen card by an unauthorized person. But banks warn us that not even the best card technology can prevent hacking of merchants' databases and other assaults on your security. Even with a chip card, you have to remain vigilant. But you knew that.

Best Places to Go in Australia

This article was originally published by SmarterTravel under the title What's New in Credit Card Technology. Follow Ed Perkins on Google+ or email him at editor@smartertravel.com.