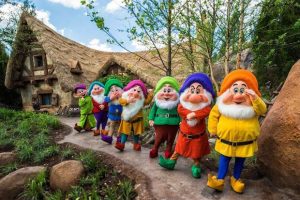 It's easy for us adults to get bogged down in the aspects of an Orlando visit that we'd rather not have to endure – the less magical things about the city, if you will. If you don't do a bit of planning, or you're forced into going at the same time as half of the planet, things can be, oh, well, let's see – brutally expensive, horribly crowded and, just for fun, insanely hot and humid. And if you're terrified of children, at least other people's, it goes without saying that you might want to choose another place to vacation. But despite any downsides, Orlando – and, quite specifically, Walt Disney World – is the trip of a lifetime. You can pretend otherwise, but I'm not going to.

Here are five reasons I'm excited for my next date with Mickey.

A serious rethink of the heart of the Magic Kingdom finally wraps May 28, with the debut of the Seven Dwarfs Mine Train Coaster. This kid-friendly (but fun for all ages) coaster, in the tradition of the timeless Big Thunder Mountain Railroad, will be a must in a part of the park that's already packed with essential stops. Also new at Fantasyland this spring: the daytime Disney Festival of Fantasy Parade, bringing some of the classics (Peter Pan, Rapunzel, Ariel and the like) to life. 2. Everyone can use the super cool FastPass+ system

There's been lots of chatter about the MyMagic+ program, but what I'm really excited about is Disney's new FastPass+ system, which allows you to reserve not only attractions, but also space for shows, parades, fireworks and even some character meet-ups. This isn't just for those staying at Disney hotels, either – anyone who buys tickets can make reservations up to 30 days in advance. (Resort guests get to reserve 60 days out.) You can make three advance bookings per day, per theme park. Say goodbye to even more waiting on lines! 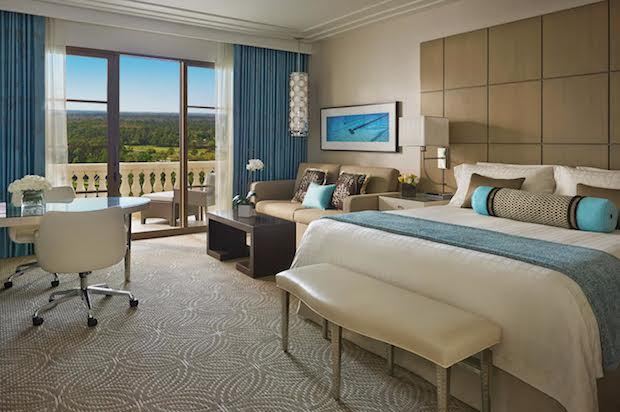 3. This summer, they're opening a freaking Four Seasons, right in the middle of everything

Experienced travelers who've paid top dollar to stay at Disney's "Deluxe" hotels often find that, well, Disney's idea of luxury can vary quite widely from their own. For years, I've wondered: Why don't they just call in someone who knows what they're doing? Say hello to the Four Seasons Resort Orlando at Walt Disney World, opening in August just behind the Fort Wilderness Resort (how's that for a contrast). A rooftop restaurant featuring Magic Kingdom views, a pool complex that will include a proper lazy river, plus that famous Four Seasons service and atmosphere will make this one of the top places to stay in the entire city, the moment it opens. 4. Downtown Disney is changing with the times

You’ve seen one touristy shopping village, you've seen them all, right? Decades after the concept was inaugurated, Disney appears to have realized that its "Downtown" needed a proper makeover. Rebranded as Disney Springs, an ongoing redo (through 2016) will give the project a more village-like look and feel – it'll also greatly expand the amount of shopping, dining and entertainment found there. It's even getting a little bit hip – a fleet of popular food trucks making their way around the resort will find a permanent home this summer in a new Food Truck Park – there'll even be an elevated, linear hang-out spot above it that's a direct crib of New York's popular High Line Park. 5. The 24-hour events are here to stay (Hopefully)

Kicking off at 6:00 a.m. on May 23 and ending the same time the following morning, the Magic Kingdom will welcome all comers a sleepover to remember – costumes are encouraged, within reason. This is the third year in a row this has been going on – it kind of has me wishing I were in my early 20s again, if only for one night. (Thank goodness there's a Starbucks on Main Street U.S.A. now.)

For a look at current deals, visit our fare pages for Orlando MCO and Orlando SFB.