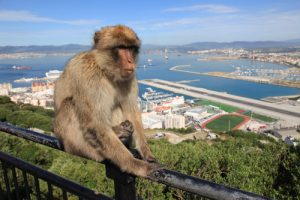 More of the World's Most Thrilling Airports

Each year, the Airfarewatchdog team looks into some of the scariest airports known to mankind (okay, so they're not truly scary—if an airport was actually dangerous, pilots wouldn't land there—but these will definitely give you a thrill). It's been two years since we put out an international list (in case you missed it, you can read it here), but our research led us to some additional airports that definitely deserve to be on there. So, as a follow-up, here are 10 more of the world's most thrilling airports.

Sea Ice Runway in Antarctica is unpaved, and there's a chance the ice could crack under the weight of an airplane—which is downright terrifying. In fact, a few years ago, the runway was melting, so flights scheduled to land there were cancelled or rerouted. Now, pilots are advised to avoid landing too heavily and to try not to sink more than 10 inches into the ice. With a vehicle as big and heavy as an airplane, that seems like a tough challenge for any pilot!

You might feel like you're at a railroad crossing when traveling through Gibraltar Airport. The peninsula's only runway is perpendicular to a major highway leading into Spain. Thin, flimsy barriers block off traffic when an airplane is moving through, but we still think it's pretty sketchy! In fact, our sister site SmarterTravel said, "You may be thankful if your plane gets diverted to a nearby airport due to weather, though you'll still have to brave the runway when you walk over it to get from Spain to the British overseas territory."

Don't be alarmed if you feel the plane take a sharp right turn as you approach Madeira Airport. This airport's runway is extremely short. When the plane starts landing, it swoops through high mountains and strong turbulence and over the ocean. According to Pyrex on the World's Top 10 Scariest Airports forum on Airliners.net, "It is a scary ride, exactly as described (depending on the direction of the wind, of course). And those mountain rollers make for some bumpy landings." The pilot must aim straight for the mountains and take a last-minute sharp turn.

When China's Daocheng Yading Airport recently commenced service, it replaced Tibet's Qambo Bamda Airport as the world's highest airport—but we think Qamdo Bamda is still a pretty good contender for world's scariest airport! The runway is more than 14,000 feet above sea level and almost 3.5 miles long. High-altitude travel is very dangerous in general, but safe landings at these heights are also extremely difficult.

The Jancho E. Yrausquin Airport (SAB) allows no room for pilot error: If he or she goes even a little bit too far when trying to land, the plane will end up in the ocean below. The windy, mountainous terrain makes for a hard-to-accomplish landing. Typically, only experienced fliers pilot the airplanes that travel through SAB, and as far as we know, there haven't been any major accidents.

The Kai Tak Airport in Hong Kong is no longer an operating airport, thankfully. Before the airport was closed down in 1998, planes were forced to fly very low over Hong Kong and had to take a sharp right to end up on the runway. When discussing the world's top 10 scariest airports on Airliners.net, JM017 said, "From videos I've seen, I would give my votes to TGU [Toncontín International Airport] and the old Kai Tak." It's unsettling to hear that coming from a pilot, so we're glad we don't have the option of landing there anymore.

The Matekane Air Strip in Lesotho is one of a kind. The runway is at the end of a mountainside gully, so instead of taking off into the air like normal flights, planes drop down the side of a the cliff until they start flying. According to traveler Karulm in The World's Scariest Runways forum on TravBuddy.com, "You just drop until you start flying? I would never!" We couldn't have said it better ourselves. The runway mostly services medical and charity teams helping nearby villages, so leisure travelers can breathe a sigh of relief as they won't have to worry about this one.

Greenland's Narsarauq Airport is a traveler's nightmare. Planes approach the runway through a fjord and need to make a 90-degree turn to line up on the runway. With the seemingly constant turbulence, making a plane turn 90 degrees is no easy task. It's extremely difficult to judge how gusts of wind might direct the plane. Even though a pilot might need to make some last-minute adjustments to avoid being pushed into one of the valley walls, overcorrecting methods could backfire. Not to mention, there's also the risk of icebergs drifting into the airplane's path.

Beware of Ketchikan International Airport in Alaska! The awfully short runway is close to mountains and the ocean, which drops to freezing temperatures. We hear that it rains 150-190 inches per year, which can be scary to land in as it is, but sometimes the rain even blows sideways! It sounds like a wild ride to us.

Sign up for Airfarewatchdog alerts and be the first to know when the fare drops.

Want to see pictures of these airport thrillers? The full story is here.