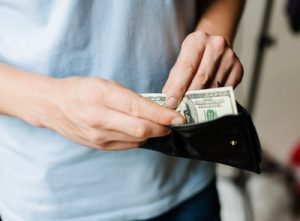 8 budget-busting travel fees to watch out for this summer

You booked the flight, you got the hotel, the rental car – maybe you even figured out how much your food costs are going to run you on your upcoming summer vacation. You're set, you're done, no surprises. Right? Well, maybe not.

As we too often find out when traveling these days, the cost of the trip is not necessarily, well, the cost of the trip. Little fees, taxes, charges and surcharges pop up along the way, sometimes so often that before you're even in your destination, your budget has been all but blown up.

Hitting the road? Keep your eyes peeled for these eight, often very expensive travel fees. With a little extra effort, many of them can be avoided.

From convention center expansions in San Diego to sports stadiums in Houston and Seattle, cities are increasingly finding the airport rental car counter to be a swell place to pick up some quick cash. At Chicago's O'Hare Airport, you'll pay $8 per day – on top of your already giant pile of taxes and fees – for the city to be able to build a fancy new rental car center at the airport. In Charlotte, travelers unwittingly helped build one of the city's most popular attractions, the NASCAR Sports Hall of Fame. Often, these fees show up as murky, undecipherable line items on your final bill. You may have no idea what you just paid for, but you paid. Sometimes, a great deal.

How to avoid In many destinations, you'll find that the overall tax burden is far lighter when you rent a car at an off-airport agency location. Anyone headed to a destination that has reasonable public transit links might consider picking their car up a few stops away. You may be surprised at how much you'll save; you'll also be surprised to find out that very often, you can pick up a car at an in-town location and return it to the airport without an additional charge, streamlining your trip home.

The government calls it an "Air Passenger Duty" and it's supposed to end global warming – or something. You'll call it shenanigans, when you see how much it can drive up the cost of your trip. Flying London to New York? As of April, there's now a fee of about $100 for those flying on a basic coach ticket. Everyone else will pay just over $200. It costs even more if you're flying to the West Coast. And yes, you'll pay it if you're using frequent flyer miles. Absolutely.

How to avoid Flying home from London via a close-in continental destination definitely lowers the cost of the fee; just check that it doesn't raise the cost of the ticket to the point where you're not really saving. Or, just take the money and put it to good use – round-trip fares on the Eurostar to Paris start at around $100; just fly round-trip to Paris and see two cities in one trip. Also, one U.K. airport, Belfast in Northern Ireland, isn’t subject to the tax—yet.

Remember when you used to get a newspaper, a cheap packet of in-room coffee, some Internet and access to the fitness center for free at your hotel? Oh, wait – at thousands of perfectly good hotels across the country, you still can. So why are we buying into the notion that hotels must now charge us $25 per day (a common number) for the privilege on top of our nightly rate? And worse, why won't the hotel come straight out and tell us? The Federal Trade Commission thinks this is all a little ridiculous – they issued a warning to a 22 different hotels last year, urging more transparency surrounding the fee – we urge them to just stop charging it and build these costs into the nightly rate. Hotels may need this money to turn a profit, but the reality is, they're being sneaky by not including these fees upfront, for fear that knowing actual cost of the room night would turn away prospective guests. Tsk, tsk.

How to avoid For most people, their first encounter with the fee will be in a popular tourist destination, like Las Vegas, Orlando, Puerto Rico or Hawaii. In Vegas, avoiding the fee can be tough, with long-time holdouts like Caesars Palace and Cosmopolitan finally giving in this year. In other destinations like Orlando, it's much easier to find a hotel that's still fee-free. When in doubt, ask – before you book, not after; it's very difficult to argue your way out this one.

Looking for the best deal on your next flight? Resist the urge to pick up the phone. Not only are the days of sweet-talking the airline rep into getting you some secret fare long gone – most of the best fares come and go rather quickly online – but airlines will charge you a fee for any tickets booked with a live human. Again, $25 (that's what you pay for United and American, among others) may not sound like much on its own, but these things add up.

How to avoid Easy – book your ticket and make any changes to that ticket online. Or find out what the best fare is by talking to an agent, then hang up and book online. Always.

#5 The redundant – and overpriced – car insurance.

Rental car companies are increasingly shameless about fobbing off their hilariously expensive insurance policies on unwitting travelers. These can often drive the final cost of your rental hundreds of dollars over the quoted base rate. If you have good car insurance on your personal vehicle and a good credit card (American Express is strongest, Visa is fine, MasterCard as much) don't cave. You really, really don't need this.

How to avoid Educate yourself long before you leave home. Know the ins and outs of your insurance policies – call your insurance agency if you have to. For the ultimate peace of mind, American Express sells a great Premium Car Rental Protection product that costs just $24.95 per rental period – that's roughly what you'd pay for collision insurance in far too many destinations these days. The best part about the policy: You don't have to file a claim and there is no deductible. You're essentially walking away and letting AmEx handle things, which is exactly what the rental car companies use to steer people towards their own policies. (Turns out, someone else can do it cheaper. Sorry, guys.) Just be aware that if you don’t have personal auto insurance, credit cards do not cover liability to people and other people’s property.

You just escaped the rental car lot with minor fee insults – now you show up at your hotel and they want how much for parking? Overnight parking fees are the newest profit center at far too many hotels; there's nothing more insulting than being told by your hotel – sometimes located out in the middle of a field, or the woods, where there's plenty of space for everyone – that the charge for your car to spend the night could get you and your car a stay in a nice motel down the road. Even city hotels are taking the explosion of overnight parking fees as a sign that it's cool for them to drive their existing rates into the stratosphere.

How to avoid Read the fine print before you book – particularly in cramped destinations like San Francisco, where we've seen overnight parking fees that nearly scrape the $70 mark. Either don't rent a car or stay in the suburbs – there are some nice hotels in Marin County, for example, where you can park your car for free (or much cheaper) and then take the ferry into town, which is a much more relaxing way to arrive, anyway.

Like Rome isn't expensive enough. Then you get home and find out that your credit card provider tacked on three percent (or more) for every time you whipped out your Visa, netting them a tidy little profit off your little Italian vacation. How's that feel?  Even if you use your card in your home country, if the vendor (airline, hotel, etc.) is located abroad you’ll probably get hit.

How to avoid Anyone who travels regularly should be looking for two things in a credit card. First off, your card should be giving you rewards that make travel easier and cheaper, whether with free hotel nights or free plane tickets or general points that can be applied to all of the above. Also, that card should not carry a foreign transaction fee. Capital One's popular Venture Rewards card is one option worth considering.

Did you see the news that airlines like United and American are now charging $200 to change a domestic flight and even more for international trips? Crazy, right? Well, if you're looking to change an upcoming itinerary and you booked through a third-party Web site, brace yourself, because the site may also want to charge a rather hefty change fee as well. Say you booked a flight on United from New York to Orlando and it cost you $280. You booked it through a third-party site, say, CheapTickets. You have to change the flight because you're needed back home a day early. That's right – the cost of the change is now greater than the cost of the original ticket. Or almost.

How to avoid Fly Southwest whenever you can! They never charge you to change a flight, plus you have no choice but to book with them directly, so that solves the problem of any third-party charges. Or, if there’s a good chance you’ll make changes, consider buying one of American Airlines’ Choice Essential fares. For a bit more, there’s no change fee, you get a checked bag round-trip, and “Group 1” priority boarding.

More on this topic: